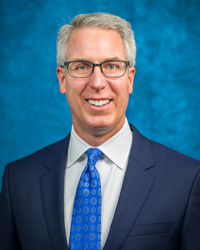 From 1998 to 2003, he served as Assistant Vice President for Research and Sponsored Programs in the UNC System Office. From 1998 to 2005, he held an Adjunct Assistant Professor position in the Department of Political Science at UNC-Chapel Hill. From 2006-2018, he was a Visiting Lecturer in the Department of Public Policy at UNC-Chapel Hill, where he taught courses on American politics, public policy, policy analysis, and science policy.

A native of Tulsa, Okla., he holds M.A. and Ph.D. degrees in political science from UNC-Chapel Hill, a B.A. in economics from Baylor University, and a certificate of completion for the Leadership Decision Making program, Harvard University, John F. Kennedy School of Government. He and his wife Jane live in Durham and have two daughters who are recent college graduates.