Board of Science, Technology & Innovation

The Board is focused on accelerating North Carolina's next generation of technology and technology companies.

The Board works to investigate new areas of emerging science and technology and conducts studies on the competitiveness of North Carolina industry and research institutions in these fields.

The Board also works with the North Carolina General Assembly and the Governor to put into place the infrastructure that keeps North Carolina on the cutting edge of science, technology and innovation. Examples of current and past organizations and programs started by and/or administered by the Board and its staff include:

The Honorable Roy Cooper, Governor of the State of North Carolina

Members Appointed by the Governor

Member Appointed by the Speaker, North Carolina House of Representatives 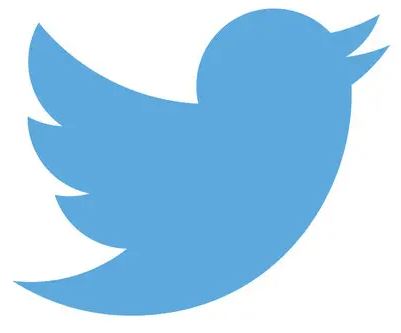 To meet these goals, the Board works to investigate new areas of emerging science and technology and conducts studies on the competitiveness of state industry and research institutions in these fields. The Board also works with the General Assembly and the Governor to put into place the infrastructure and ecosystem that keeps North Carolina on the cutting edge of science, technology and innovaton.

In the earlier days of industrial recruiting, Governor Terry Sanford relied on the board to assist him in persuading firms to locate in North Carolina, particularly if they needed professionally trained people and scientific and engineering support.

Later, as North Carolina's Department of Commerce became more proficient in industrial recruiting, the board, under Governors Jim Hunt and Jim Martin, began to concentrate on strengthening North Carolina's research and education base in fields important to our economic growth and in which our state was in the second or third tier.

Under Governor Mike Easley, the Board continued to ensure that science and technology play an important role in promoting the economic growth and development of the State. The Board developed and became responsible for administering the One North Carolina Small Business Program, the North Carolina Green Business Fund, and the NC Energy R&D Cost-Sharing Program.

Under the leadership of Governor Beverly Perdue, the primary champion for the creation of the Green Business Fund, the Board continued its mission of fostering innovation as an engine of North Carolina's economic development.

Governor Pat McCrory used the Board as one of the state's key resources for improving the economic well‐being and quality of life of all North Carolinians through advancing science, technology, and innovation. Most notably, the Board and its staff assisted in efforts to make North Carolina the home of the $140 million Next Generation Power Electronics National Manufacturing Innovation Institute (now called PowerAmerica), awarded in January 2014. It also led strategic initiatives designed to help North Carolina maximize the economic impacts of its strengths in data science and data analytics, as well as an Innovation-to-Jobs initiative  and University Innovation initiative designed to help the state's universities and companies maximize the economic potential of their innovations.

Current Governor Roy Cooper is using the Board to expand the benefits of innovation throughout North Carolina via efforts to improve the innovation ecosystems of communities throughout the state. These efforts include contined funding for the One North Carolina Small Business Program, with an increased track record on awarding grants to companies in economically distressed counties. Additionally, the Board's staff is playing a key role in fulfilling the directives of Executive Order 80: North Carolina's Commitment to Address Climate Change and Transition to a Clean Energy Economy, most nobably by participating in the Climate Change Interagency Council and overseeing the development of clean energy and clean transportation workforce assessments.

According to NC General Statute 143B-472.81, the North Carolina Board of Science, Technology & Innovation consists of the Governor, the Secretary of Commerce, and 23 members appointed as follows.

The Governor shall appoint:

Two members shall be appointed by the General Assembly:

According to NC General Statute 143B-472.80, the North Carolina Board of Science, Technology & Innovation was established to: