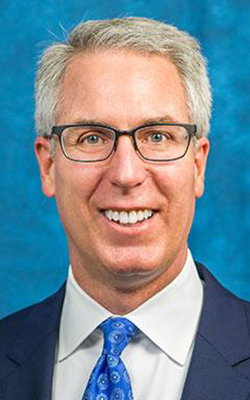 John Hardin is the Executive Director for the North Carolina Board of Science, Technology & Innovation, which is staffed by Office of Science, Technology & Innovation in the North Carolina Department of Commerce. He was appointed Acting Director in spring 2008 and Executive Director in fall 2009. From 2003 to 2008, he served as the Board's Deputy Director and Chief Policy Analyst.

The Board advises and makes recommendations to the North Carolina Governor, General Assembly, Secretary of Commerce, and the Economic Development Partnership of North Carolina on the role of science, technology and innovation in the economic growth and development of the state. Created in 1963 (the first such organization in the US), the Board has been responsible for the creation of a number of internationally recognized initiatives to catalyze the transformation of the North Carolina economy by leveraging research & development, science, innovation, entrepreneurship, and technology-based economic development.

From 1998 to 2003, he served as Assistant Vice President for Research and Sponsored Programs at the University of North Carolina (UNC) system office. The Research and Sponsored Programs division advised and assisted the University president in the planning, administrative review, development, promotion, and evaluation of research and sponsored programs within the 17 UNC institutions. From 1998 to 2005, he held an Adjunct Assistant Professor position in the Department of Political Science at UNC-Chapel Hill, where he taught courses on American government, political institutions, and state and local politics. From 2006-2018, he was a Visiting Lecturer in the Department of Public Policy at UNC-Chapel Hill, where he taught courses on American politics, public policy, science policy, and policy analysis. His research and teaching interests focus on American politics and public policy, particularly on how legislative and executive institutions simultaneously shape and respond to changing issue agendas.

He has published articles in the Journal of Politics, the Journal of Health Politics, Policy and Law, the Annals of Science and Technology Policy, and the Economics of Innovation and New Technologies, book chapters in the Oxford Handbook of Local Competitiveness, Policy Dynamics, and Pathways to High-Tech Valleys and Research Triangles, and more than 50 administrative and policy reports for state government and UNC. He also has made over 130 presentations at state, national, and international conferences, symposia, and meetings.

A native of Tulsa, Oklahoma, Hardin holds the M.A. and Ph.D. degrees in political science from UNC-Chapel Hill, a B.A. in economics from Baylor University, and a certificate of completion for the Leadership Decision Making program, Harvard University, John F. Kennedy School of Government. He and his wife, Jane, live in Durham and have two daughters who are recent college graduates.