August represented the 11th month of data collection from the Business Pulse Survey since launching last October. While most month-to-month changes have been modest, each period gives us new things to think about for North Carolina’s economy.  What does this month’s numbers tell us about the current and future state of businesses?

1.  Hiring difficulties may have peaked.

Fewer employers reported concerns about having adequate staffing levels in August than in any month since the survey began. Still, more than half reported concerns and this was a sharp drop from July, so it could just be an outlier. 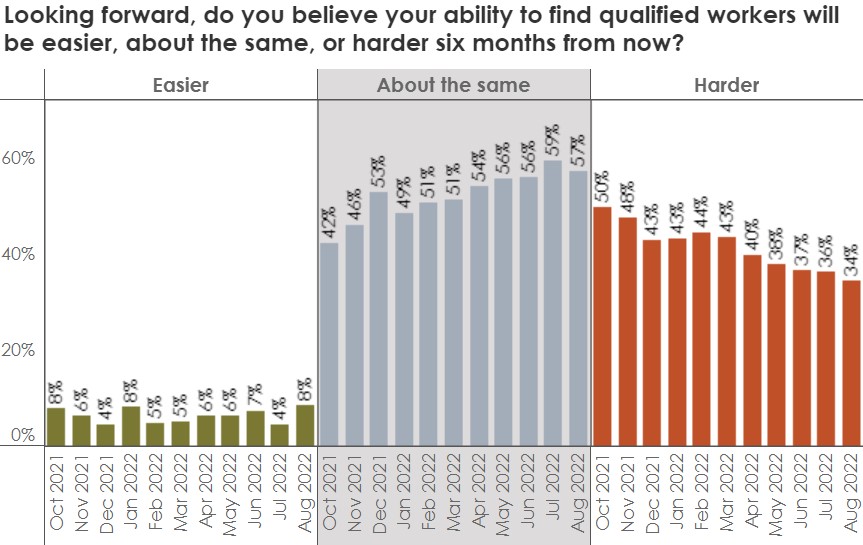 However, this does support a steady decline in businesses that believe hiring will be harder six months from now – which has dropped for six straight months (see chart above). While hiring may not be getting harder, few (8%) think it will be easier in the near future. 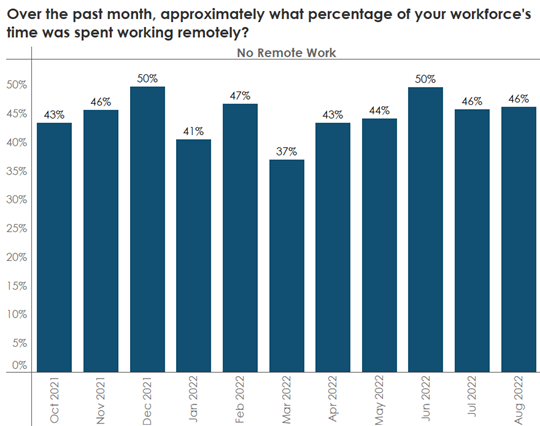 Meanwhile, the percentage of companies that reported “no remote work” has never exceeded 50% over the course of the survey, with this month’s percentage (46%) at about the median of monthly responses (see chart above).  Only three percent plan to decrease their amount of remote work over the next six months (the lowest level in the survey), while 94% expect it to stay the same. 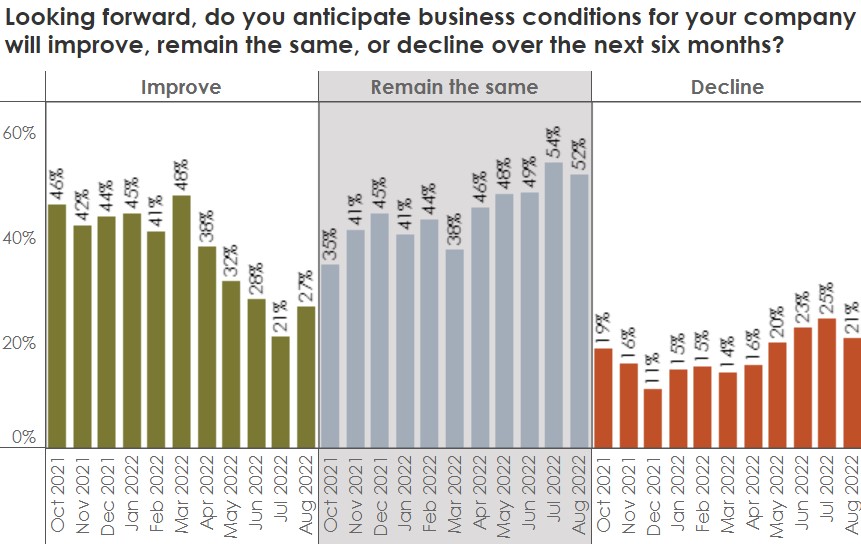 The July survey was the first time more employers felt business conditions would worsen than improve over the next six months. That changed in August as optimists outnumbered pessimists by six percentage points and their outlook improved for the first time since May (see chart above). We’ll have to wait and see if this is a one-month anomaly or the start of a trend. Either way, current conditions are not worsening for most businesses. Those that claimed their revenues met or exceeded expectations last month remained high (71%) – relatively unchanged from the previous survey. Those expressing concerns about financial stability reached a series low (32%), falling from 41% in June.

Want to help us keep the Business Pulse Survey going? We’re looking for more businesses to participate in the survey. If you or someone you know would like to participate and share you thoughts on North Carolina’ business environment, go to www.nccommerce.com/data-tools-reports/economic-development-reports/business-pulse-survey.