As North Carolina’s economy continues to recover from the recession caused by the COVID pandemic, we wanted to investigate how women’s employment and earnings were affected to complement other LEAD research on this subject, “What Happened to Women’s Employment in North Carolina During the Pandemic?” and “What Happened to Women’s Work Hours in North Carolina During the Pandemic?” - both articles were based on data from the U.S. Census Bureau’s Current Population Survey (CPS).  For this post, we analyzed U.S. Census Bureau QWI Explorer data in Q1 2019 and Q1 2021. Unlike the household-based CPS data on residents who can hold more than one job, QWI source data measures jobs that links workers to an employer and excludes those who are self-employed. 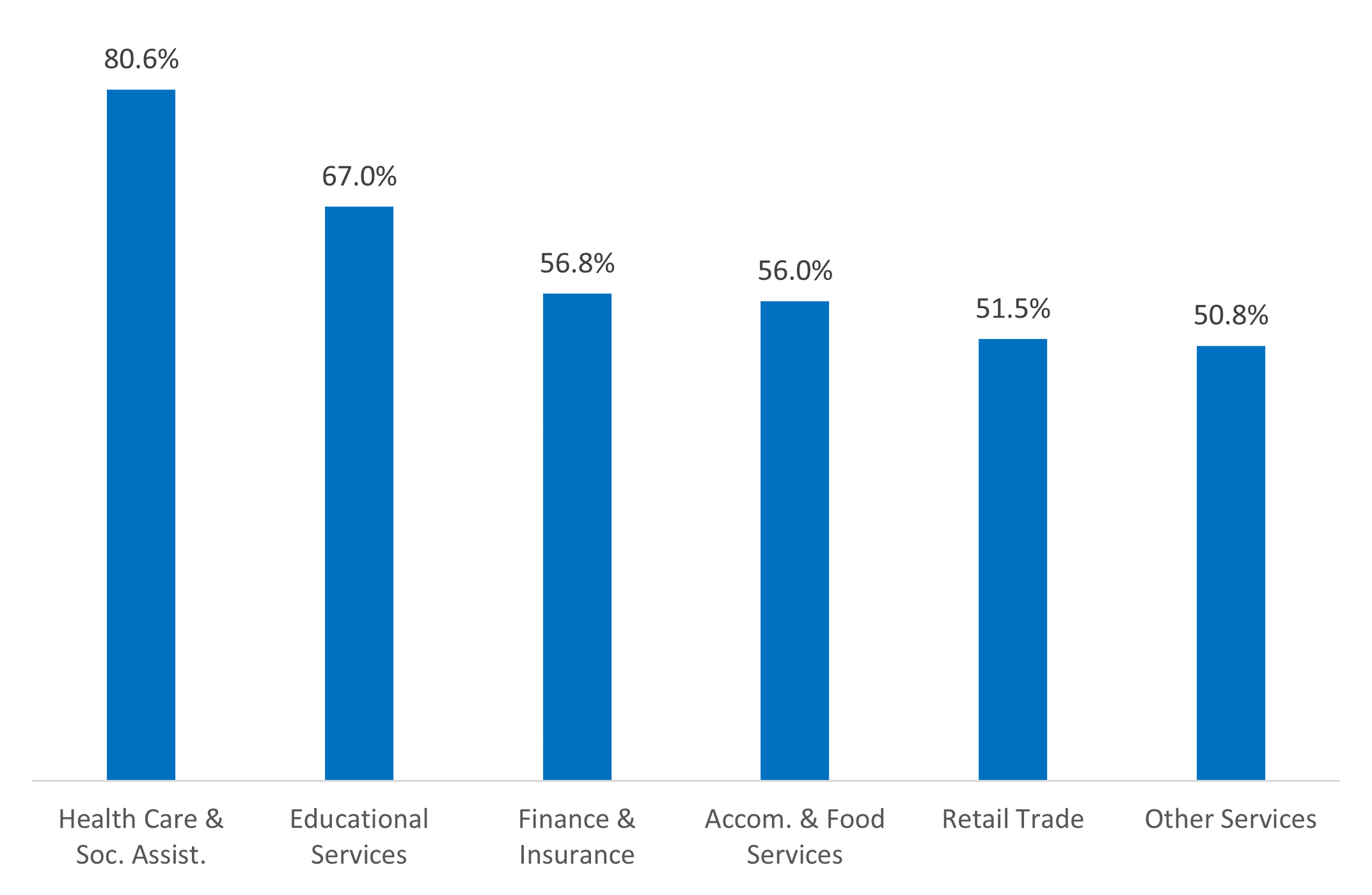 Of the six industries, only Educational Services and Other Services experienced increase in the share of jobs held by women.  Among all industries with percentage of jobs filled by women grew the most were: Transportation and Warehousing; Administration and Support; and Construction.

To provide a more complete analysis of women in the workforce, we also looked at wage changes  between Q1 2019 and Q1 2021.  Women saw faster real wage growth than men.  Wages grew 6.5% for women while men experienced a 2.1% increase. Despite this strong wage growth, women made $2,200 less than men in average monthly earnings.

This analysis shows that there has been mixed news regarding women’s employment and wages compared to before the pandemic.  Women have seen slight decreases in their share of employment while also experienced faster real wage growth than men. Further research, including the rise of self-employment for women, will be helpful to see if this trend will hold as additional data become available.

Note: At the time of this writing, Q2 2021 QWI data has been released for employment, but not for wages.