Individuals exiting prison are benefiting from improved job prospects as our labor market heats up. However, they continue to struggle with low rates of employment and poor wage earnings compared to the rest of the population. This article updates our findings from previous research using new data covering the years 2015-2017.1

Let’s start with the good news. Individuals who were incarcerated in state prisons are now more likely to find a job in North Carolina after release than at any time since the Great Recession. In 2017, 45% obtained employment within a year after release, compared to 31% during the worst of the recession in 2009 [Figure 1]. 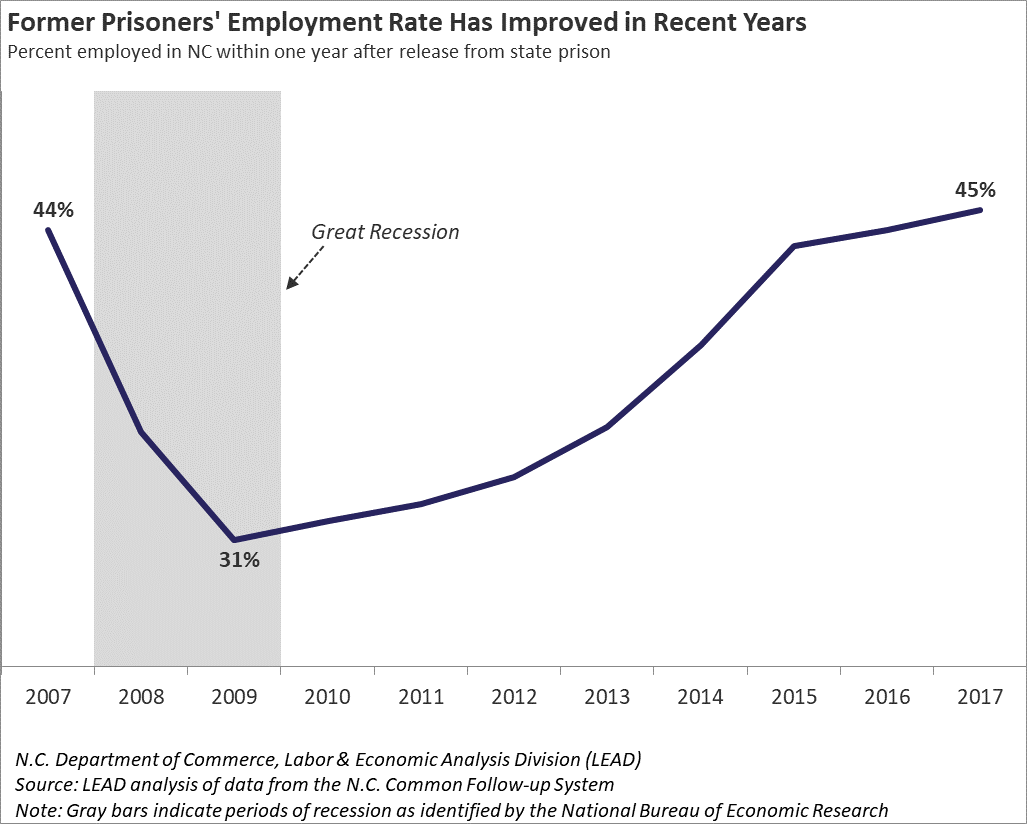 Now for the bad news. Rates of employment and wage earnings among the formerly incarcerated remain relatively low compared to the rest of the population [Figure 2]. Sixty-one percent of North Carolinians were employed at some point during 2017, compared to 45% of former prisoners. Those fortunate enough to find work within a year after exiting prison earned a real median annual wage of around $6,000, compared to around $28,000 for the broader population (in 2018 dollars). Although an improving labor market can lift the fortunes of workers, economic growth is not a panacea for the numerous barriers to gainful employment faced by former offenders. 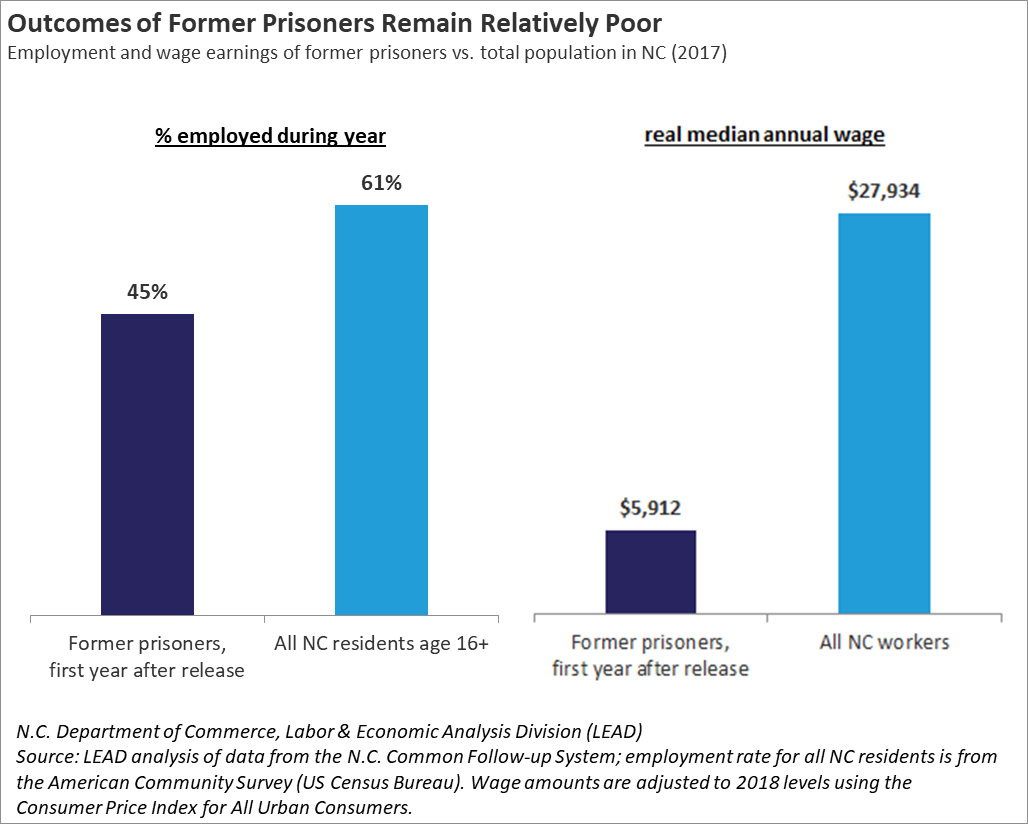 Furthermore, positive developments in recent years have been small compared to the negative trends seen over the past two decades. In the late 1990s, it was relatively normal for people to find work after exiting prison; in 1998, 62% found employment in North Carolina within a year after release [Figure 3]. Now, only a minority of former prisoners find work after release, despite record-high employer demand for labor in our state. 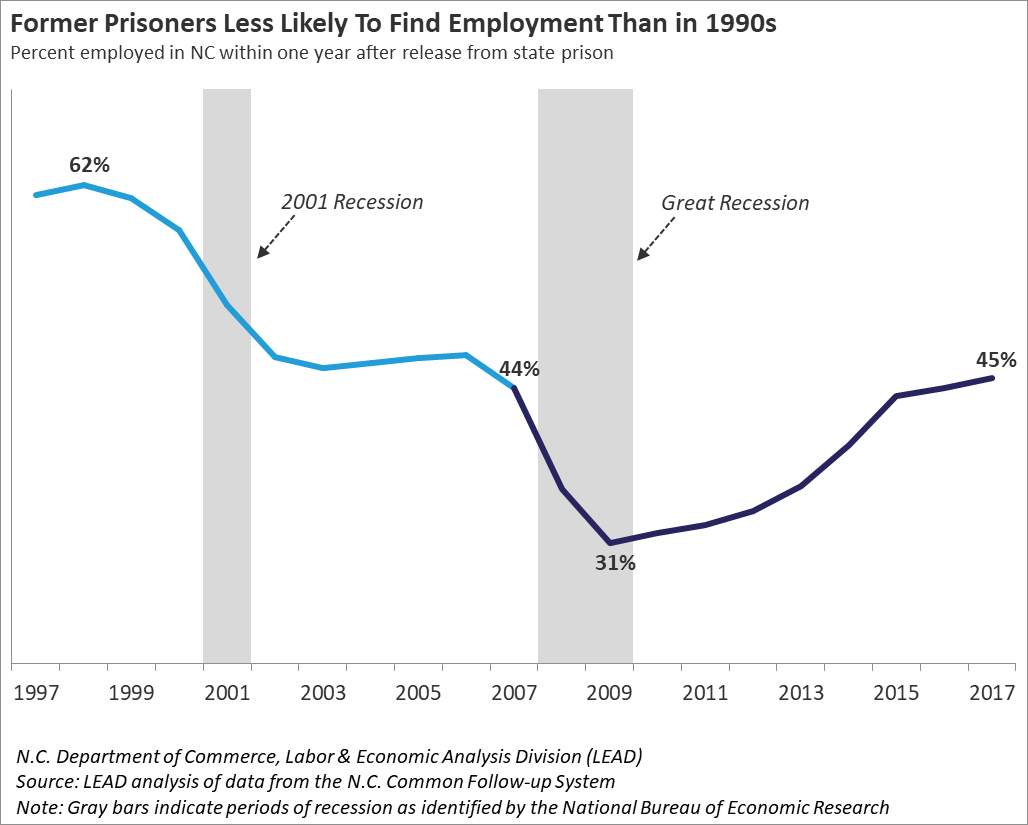 If you want to learn more, check out our series of articles on prisoner reentry published late last year and earlier this year:

1Note that data from the N.C. Department of Public Safety covering calendar years 2015-2017 (program years 2016-2018) were loaded into the N.C. Common Follow-Up System using a new submission process. Data for these years undercount the number of prison exits by around 10% compared to the historical average. This change may affect the findings reported in this article.