Data from the U.S. Census Bureau indicate that North Carolina workers with Bachelor’s degrees or higher earned an average of $75,207 in 2016, far more than workers with lower levels of educational attainment.1 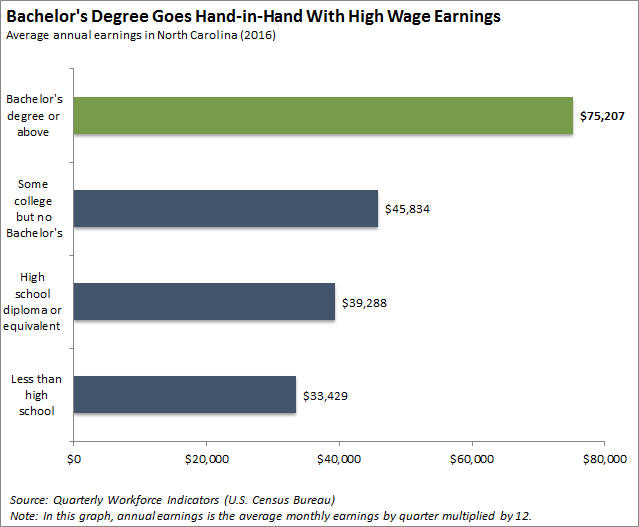 But this doesn’t mean that everyone with a Bachelor’s degree earns a high wage. On the contrary, the amount earned by college graduates varies widely depending on several factors, including which field(s) they majored in.

Prospective students, parents, and other educational stakeholders can use NC TOWER—North Carolina’s “Tool for Online Workforce and Education Reporting”—to track the outcomes of University of North Carolina (UNC) graduates. Here, we use recently updated numbers from NC TOWER’s data download page to determine which types of college majors yield the highest earnings immediately after graduation, and which majors lead to the highest earnings in the long run.2

Examining NC TOWER data on 2002-2003 graduates shows that one year after graduation those who had majored in Health Professions and Related Programs saw the highest wage, earning nearly double the median wage of all Bachelor’s grads. This group encompasses dozens of individual health-related majors, including nursing, pre-med, dentistry, and physical therapy.3 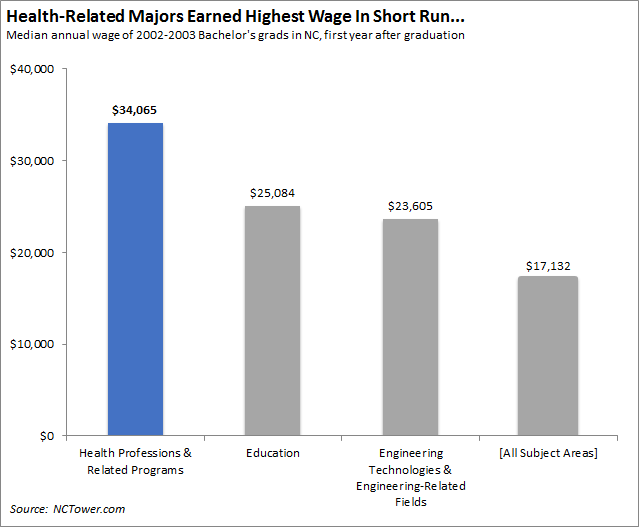 However, thirteen years after graduation, graduates of Health Professions and Related Programs no longer ranked among the top-earners. Instead, those who majored in Computer & Information Sciences & Support Services earned the highest wages, followed closely by Engineering.4 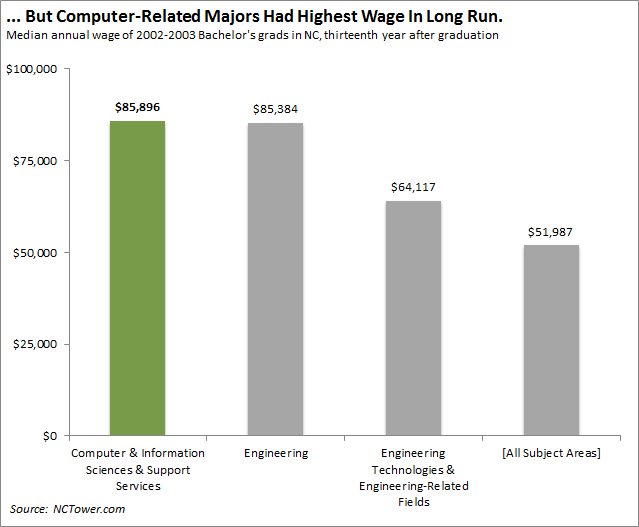 These data show that different college majors can lead to divergent outcomes in the short term vs. the long term. Although graduates of Health Professions & Related Programs earned the highest median wage just one year out from graduation, after thirteen years their earnings only increased by 86%. In contrast, those who majored in Computer & Information Sciences & Support Services saw their wages grow nearly four-fold (376%). 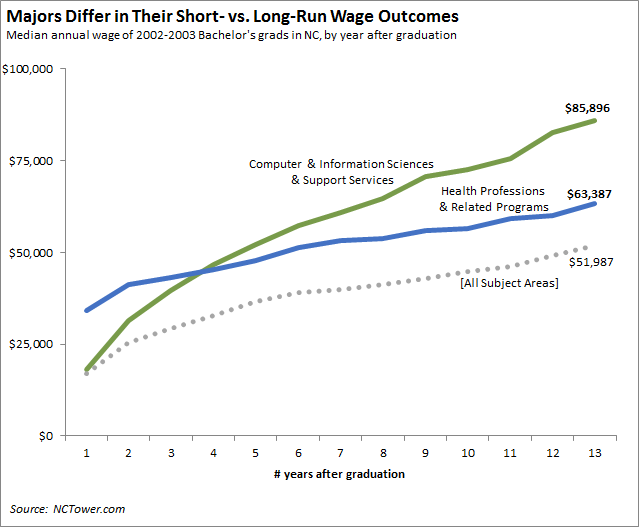 Visit nctower.com to learn more about how graduates of North Carolina’s university and community college systems are faring in our state’s labor market, and stay tuned to the LEAD Feed for more information and analysis on this topic.

1 All dollar figures are reported in nominal terms, i.e. are not adjusted for inflation.

2 We aggregate college majors to the 2-digit Classification of Instructional Programs (CIP) level.