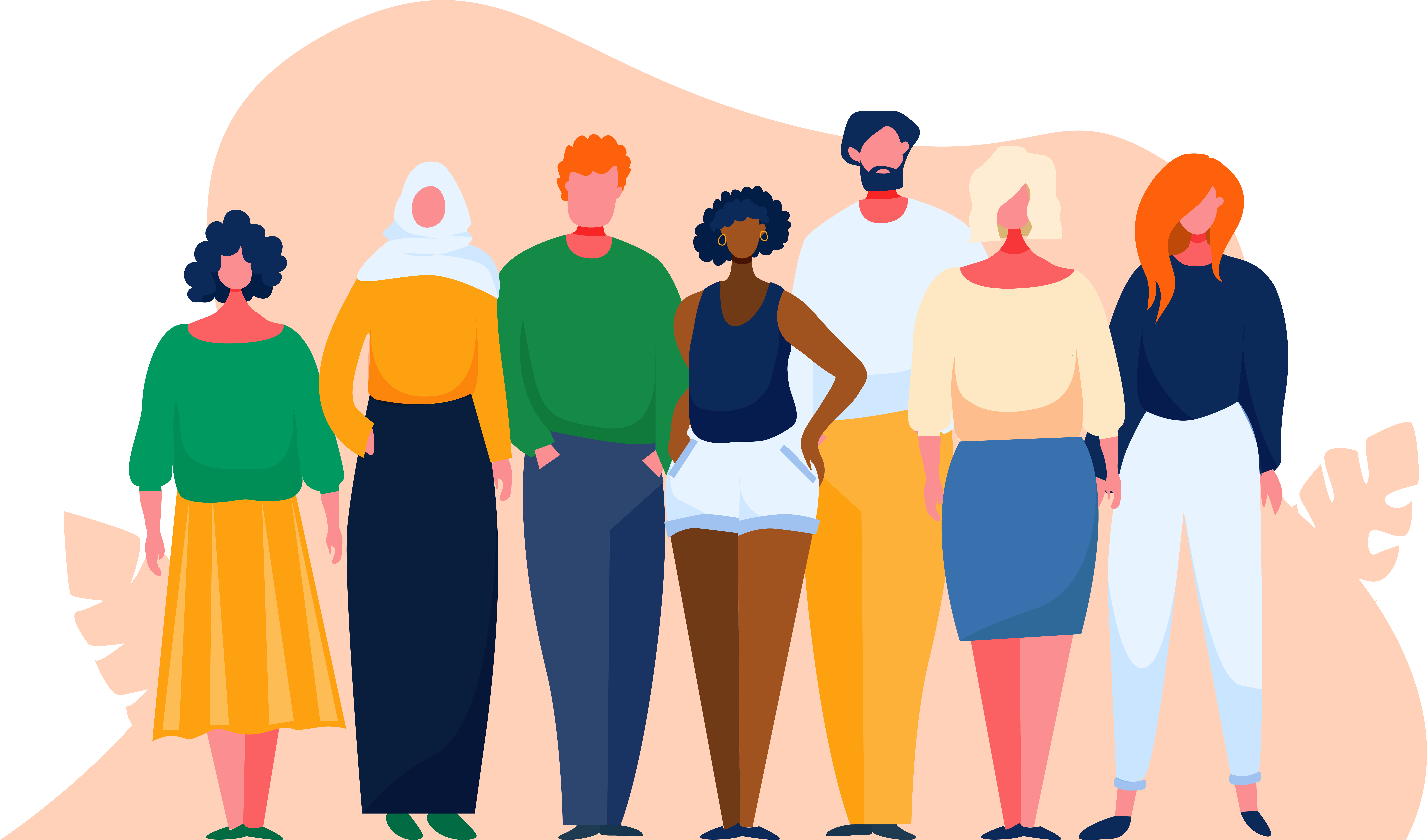 At the North Carolina Department of Commerce, Diversity, Equity and Inclusion (DEI) are a top priority.  That's why we have an entire office dedicated to advance this important area of corporate governance and society.

We celebrate the differences that make each North Carolinian, Commerce employee, culture, region, community, industry and business unique, and are committed to prioritizing DEI in everything we do – from employee relations to business practices, to collaborations and partnerships within the economic and workforce development community. Our goal is to lead by example in cultivating an environment – and state – where all people feel valued, respected, and safe to bring their whole self to work. North Carolina’s economy should be one that works for all people of this great state.

Diversity, Equity and Inclusion have become buzzwords in the corporate world and beyond. But what does DEI really mean? And why is it important? 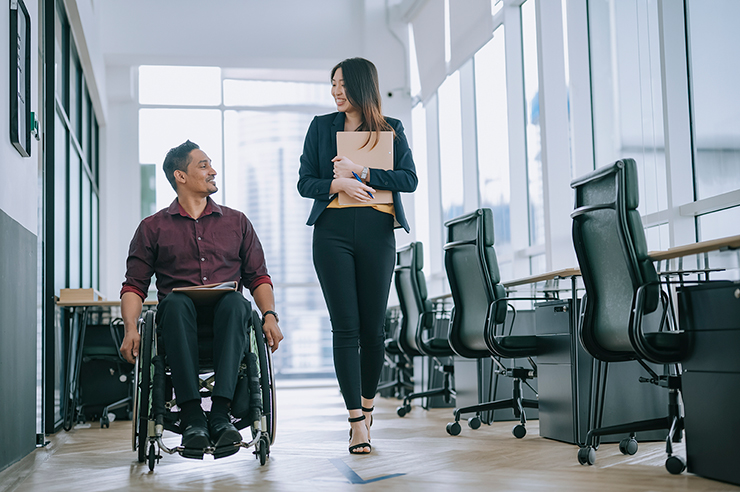 DEI is both a moral and a business concern; it is not just the right thing to do, it is also economically advantageous.

According to McKinsey’s 2019 study, Diversity Wins, which analyzed performance data from 15 countries and over 1,000 companies:

As these statistics illustrate, prioritizing DEI translates to increased revenue, innovation, employee retention, and job satisfaction. And companies who fail to support DEI consistently underperform and may consequently fall behind. Now is the time for systemic change. As the private sector becomes more competitive by the day, and the country’s population demographics continue to evolve, don’t be left behind. Learn how your company can strengthen DEI in the workplace and take steps toward greater social and economic success. 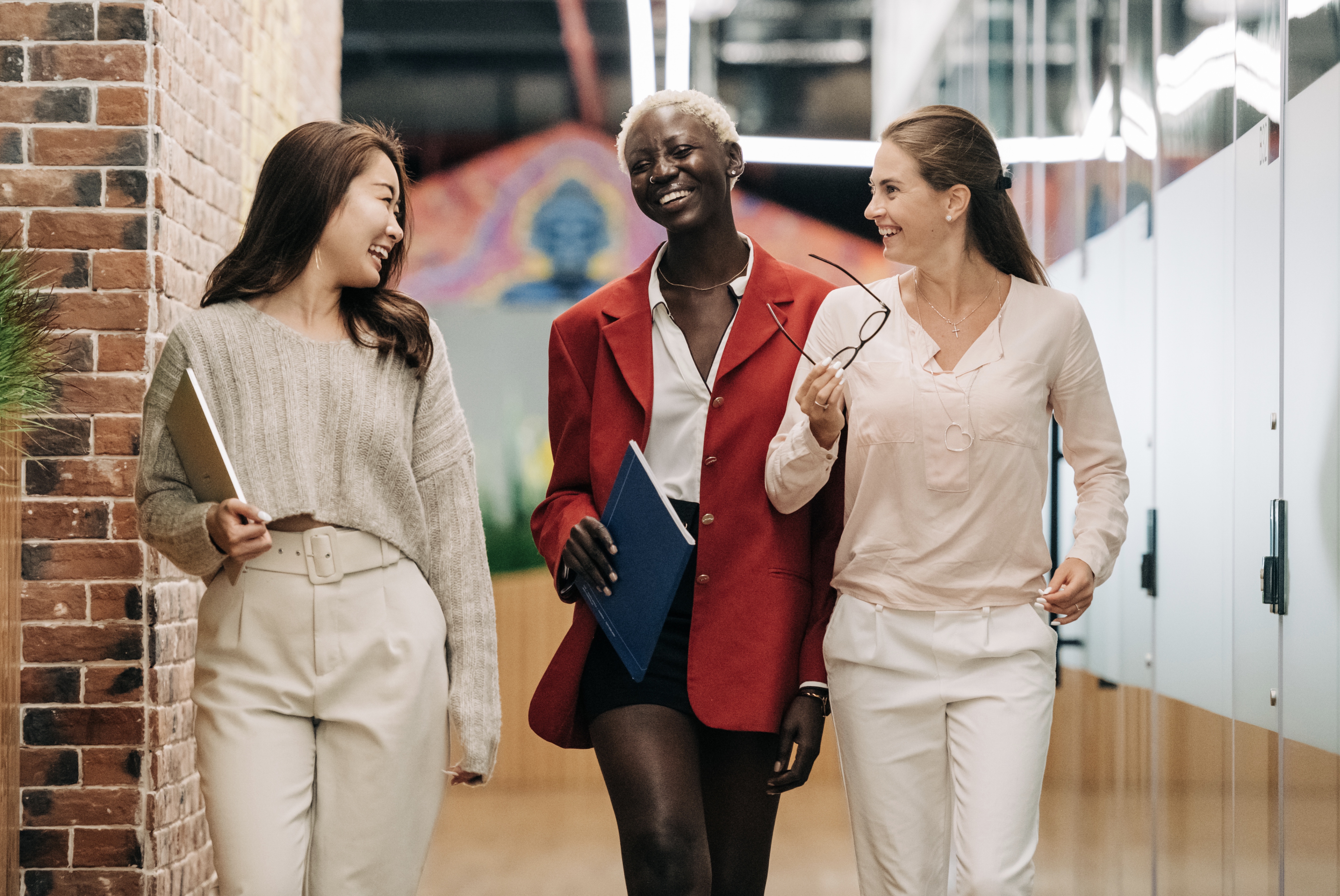 For more information on how you can implement good DEI practices in your company, please contact one of our DEI Office team members. 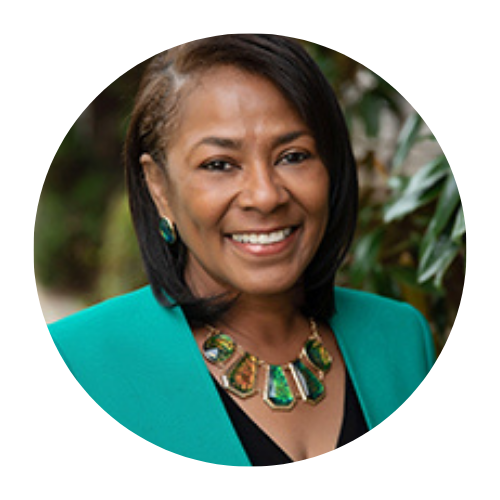 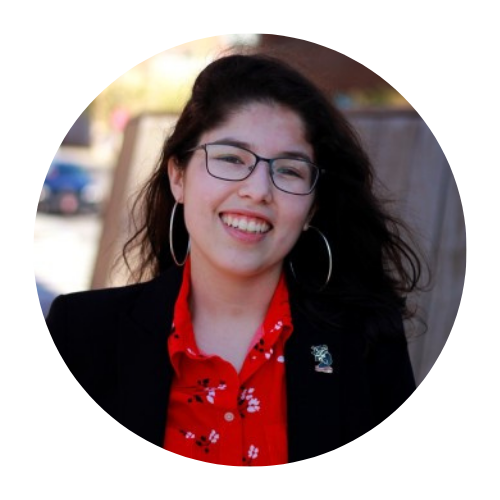 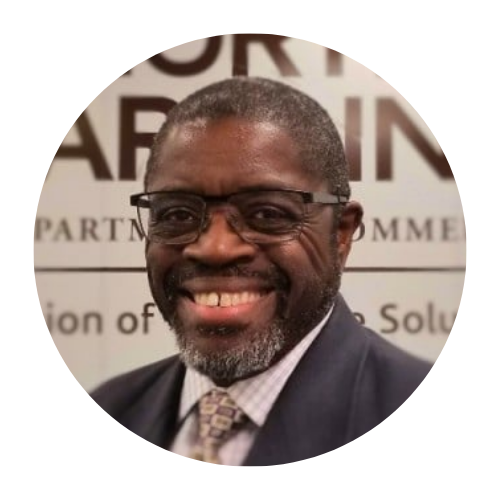 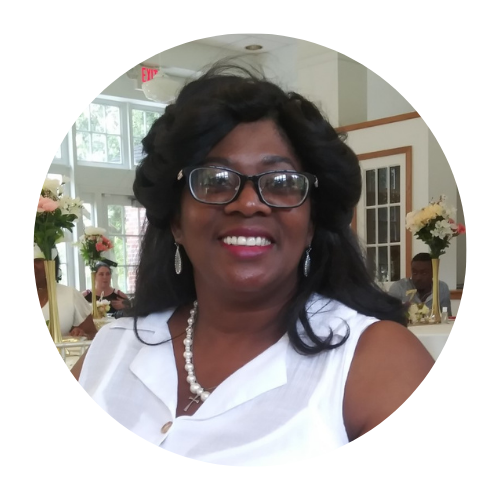 The Office of Diversity, Equity & Inclusion — and Commerce overall — look forward to working with partners, both public and private, to achieve goals outlined within the state’s new First in Talent Economic Development Strategic Plan.

Equity is a key factor in job creation, workforce development and our state’s post-pandemic recovery. Together, we’ll work to ensure all North Carolinians reap the benefits of new investments and structural improvements. Collaborating with our partners statewide, we aim to improve the social determinants of health, like economic stability, environment, healthcare, and education, that may help or hinder an individual’s pathways to economic prosperity, as well as “…bolster a robust small business recovery, inclusive of opportunities for new entrepreneurs and women-and-minority owned firms,” which is one of the strategies identified in the First in Talent plan to prepare North Carolina businesses for success. 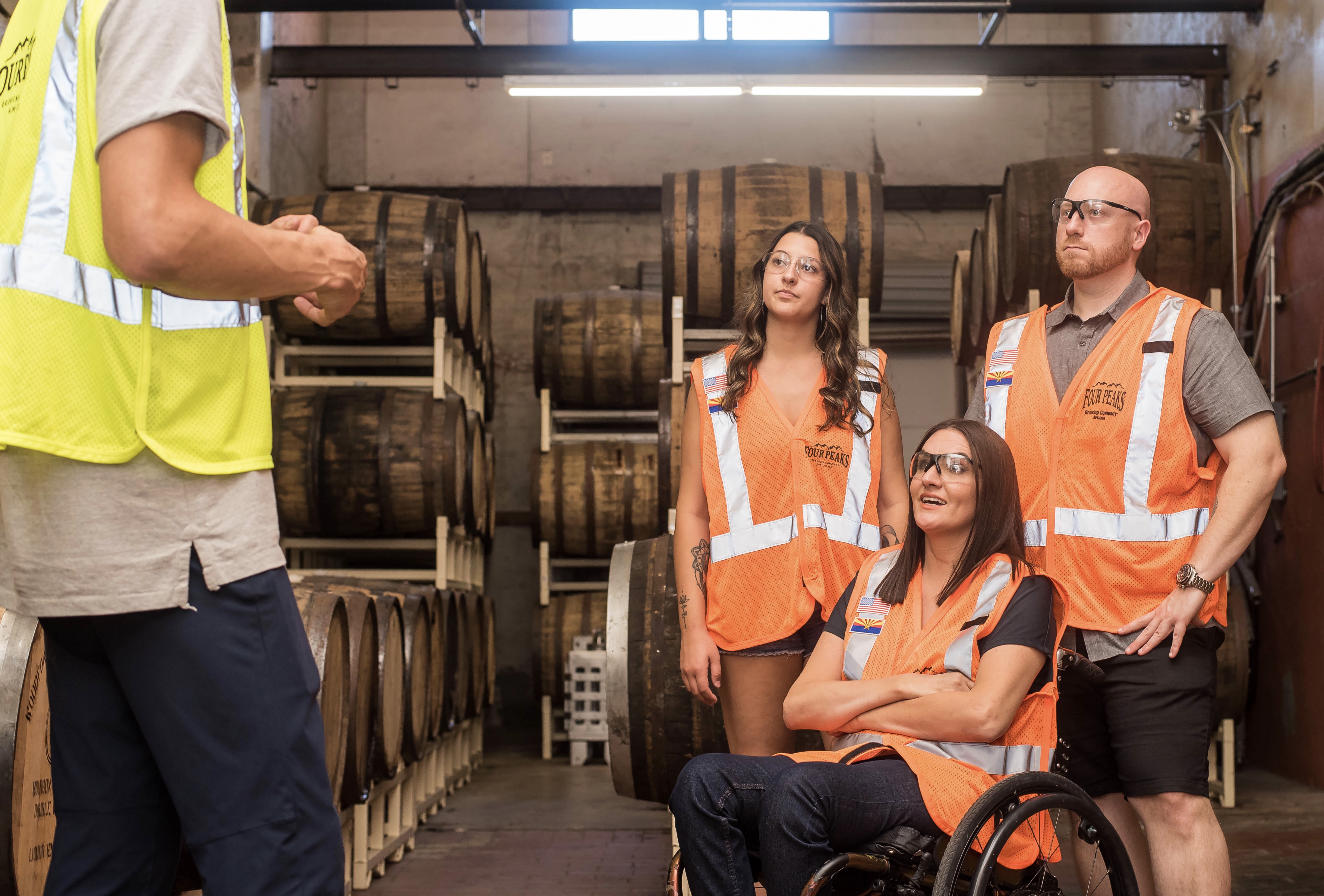 Celebrates the histories, cultures, and contributions of the Hispanic/Latinx community in the United States. The day September 15 coincides with the Independence Days for Costa Rica, El Salvador, Guatemala, Honduras, and Nicaragua. Mexico, Belize, and Chile celebrate their independence days during this month. Read more about Hispanic/Latinx Heritage Month here.

Celebrated by the World Federation of the Deaf (WFD) and its national associations and their affiliates globally during the last full week of September (Monday through Sunday), culminating with International Day of the Deaf on the last Sunday of the week. Learn more about International Week of the Deaf here.

Celebrated for the first time in September 2020, represents the longstanding efforts towards the achievement of equal pay for work of equal value. Learn more about International Equal Pay Day here.

Honors the accomplishments of the businesswomen across the nation and reflects on the contributions and achievements of the millions of women in the workforce. Learn more about American Business Women’s Day here.

A unique opportunity to support and protect the linquistic identity and cultural diversity of all deaf people and other sign language users. Learn more about International Day of Sign Language here.

The Jewish New Year celebration, marking the creation of the world. It is both a time of rejoicing and of serious introspection, a time to celebrate the completion of another year while also taking stock of one’s life. Learn more about Rosh Hashanah here.

Celebrates the histories, cultures, and contributions of the Hispanic/Latinx community in the United States. The day September 15 coincides with the Independence Days for Costa Rica, El Salvador, Guatemala, Honduras, and Nicaragua. Mexico, Belize, and Chile celebrate their independence days during this month. Read more about Hispanic/Latinx Heritage Month here.

This observance was launched in 1945 when Congress declared the first week in October as “National Employ the Physically Handicapped Week.” In 1998, the week was extended to a month and renamed. The annual event draws attention to employment barriers that still need to be addressed. The theme for this year is “Disability: Part of the Equity Equation”. Learn more about NDEAM here.

Started in 1994 to recognize lesbian, gay, bisexual and transgender history and the history of the gay-rights movement. Read more about LGBT History Month here.

Celebrates all the ways our different ethnicities, cultures, heritages, experiences, abilities, and other attributes contribute to more dynamic, innovative, and efficient workplaces. Diversity is a large part of what makes life interesting, and we’re looking forward to highlighting some of our partners, resources, and educational materials to help you expand your knowledge of others.

Created by the National Alliance of Mental Illness to raise awareness of mentall illness, fight discrimination, and provide support. The theme for this year is “Together for Mental Health”. Learn more about Mental Illness Awareness Week here.

A day to respond to the opportunities and challenges of population ageing in the 21st century and to promote the development of a society for all ages. The 2022 Theme is “The Resilience and Contributions of Older Women”. Learn more about International Day of Older Persons here.

The holiest day on the Jewish calendar, a day of atonement marked by fasting and ceremonial repentance. Occurs on the 10th day of the month of Tishrei (in 2022, from several minutes before sunset on Tuesday, October 4, until after nightfall on Wednesday, October 5). Learn more about Yom Kippur here.

FFounded in 1988 to raise awareness of the LGBT community and its civil rights movement. October 11 was chosen to mark the anniversary of the second major National March on Washington for Lesbian and Gay Rights, which took place 1987. Learn more about National Coming Out Day here.

An alternative celebration to Columbus Day, gives recognition to the indigenous populations affected by colonization and celebrates their culture and history. Learn more about Indigenous People’s Day here.

Seeks to make respecting, sharing, and educating about personal pronouns commonplace. Each year it is held on the third Wednesday of October. Learn more about International Pronouns Day here.

the Hindu, Jain and Sikh five-day festival of lights celebrates new beginnings and the triumph of good over evil and lightness over darkness. Learn more about Diwali here.

Marks the anniversary of the first public demonstration by intersex people in the United States. Members of the now defunct Intersex Society of North America and their allies arrived in Boston, MA at the annual conference of the American Academy of Pediatrics. It is a day to recognize the voices and human rights of intersex people around the world.